Hello!
Happy Valentine's Day. I hope everyone is at least enjoying some candy

Our RP season is beginning shortly! We are rolling out final changes to the site technical infrastructure to streamline site performance and also updating features behind the scenes which will translate to smoother and faster webpage loading.

Technical notes aside, here are our site organization/governance updates that have rolled out and being official announced:
- All PM requests
- I will get to all the PM requests sent to me in my short absence as soon as possible. I will go by the date it was received.

- Reputation
- The rep points have been changed to provide a proportionally larger amount of reputation points.

- WCF Map
- Map version 2.0 is being finalized and will be released soon. Clan territories have been altered and locations have been added. Territories can now be invaded/conquered/claimed.
- New Clans will be incorporated.

- Official RP
- Our opening RP will feature multiple badge earning opportunities
- Will be released on or before 2/18/13!

Like how other members have more rep than me although under my statistics on my profile, I have more positive votes? Look at Spicepaw's for example? o.o

CheeseStar keeps telling me that her rep goes up like 200 every day.

And I realised that some posts are being liked for no reason. Like in the WindClan RP (V2).

Rep is something just to have fun with. There really isn't anything strict about it and there's no monetary value involved. It's something for fun, which is the reason I've increased the amount of rep points given for each like exponentially.

Awesome! I'm glad to see some improvements to this site!

So cool! This will be exciting updates.. heheh.

Anyway, this answers my question about why my reputation got so high all the sudden.

(Considering it was around 25 before.)

I was so happy when I saw this topic title on the recent topic list. Everything new sounds really exciting and hopefully "soon" will actually be quite soon

I can't wait to see the new IceClan members.

I was wondering about the rep system. At least now it'll help people in the negatives get back to the positives faster

Even if you're gone a lot, Dragonclaw, it's okay because you're older than us and we know you are busy. Plus you always bring back awesome presents 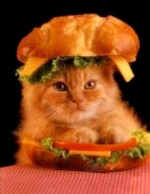 Custom Rank : Behind the MaskWarriorPoints : 32283

Awesome Drag. Nice to see you back and adding awesome stuff

I don't think the terrtory will change that dramatically. Shifting territories so they're closer to each other. And some other things I'm not sure of. Hopefully it'll make Official RPs easier 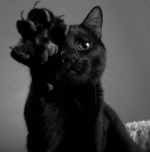 Aw yeah, Brighty. We save money while people shove candy in our faces.